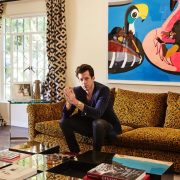 Mark Ronson is a music producer, working with world-famous singers including Amy Winehouse, Bruno Mars and Lady Gaga. He searched for a LA property in 2016 after being based in the area for work, and decided on this property – a Spanish Revival 1930’s hideaway, with four bedrooms and five bathrooms. It also includes a two-story guesthouse (below) with gardens and a pool. 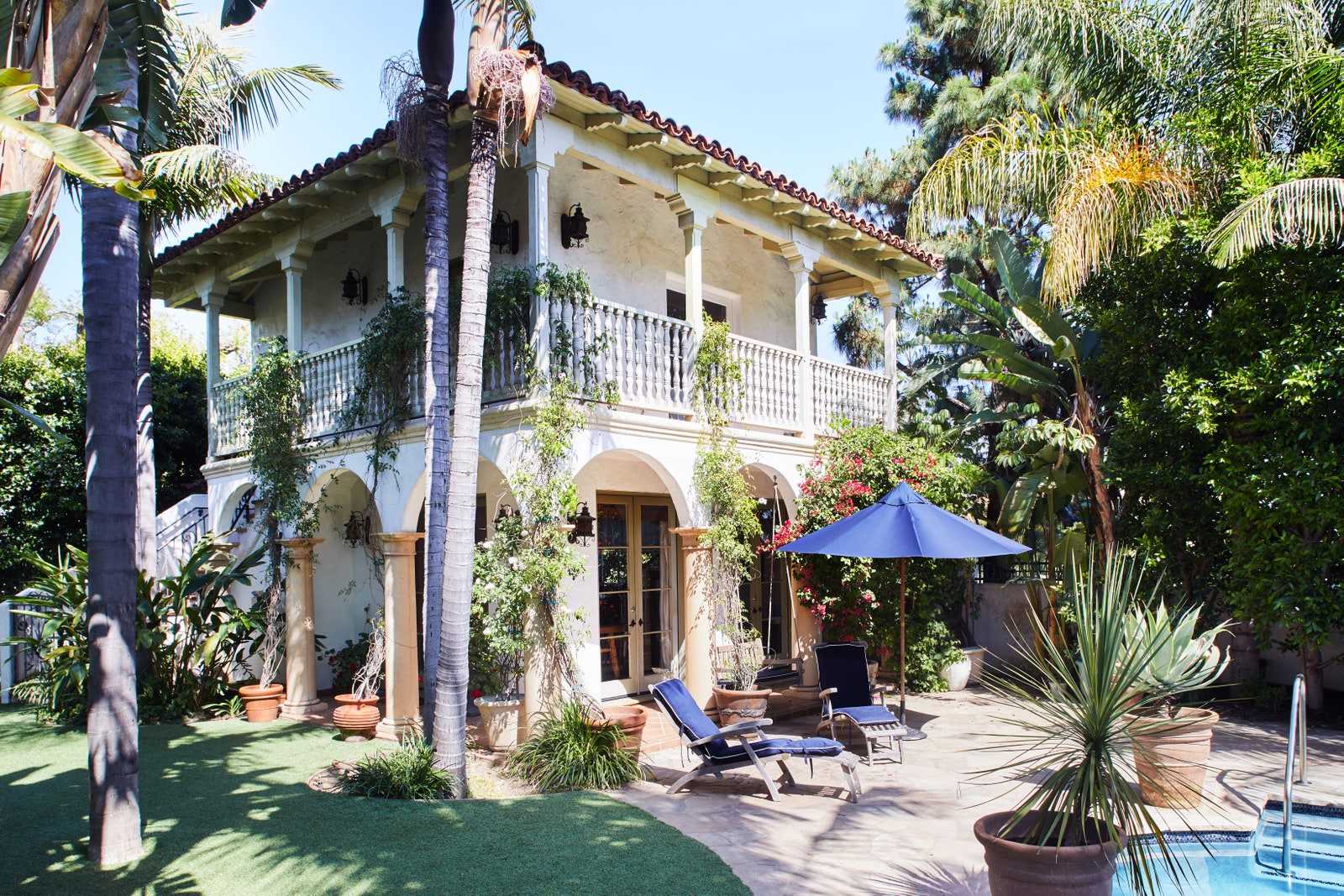 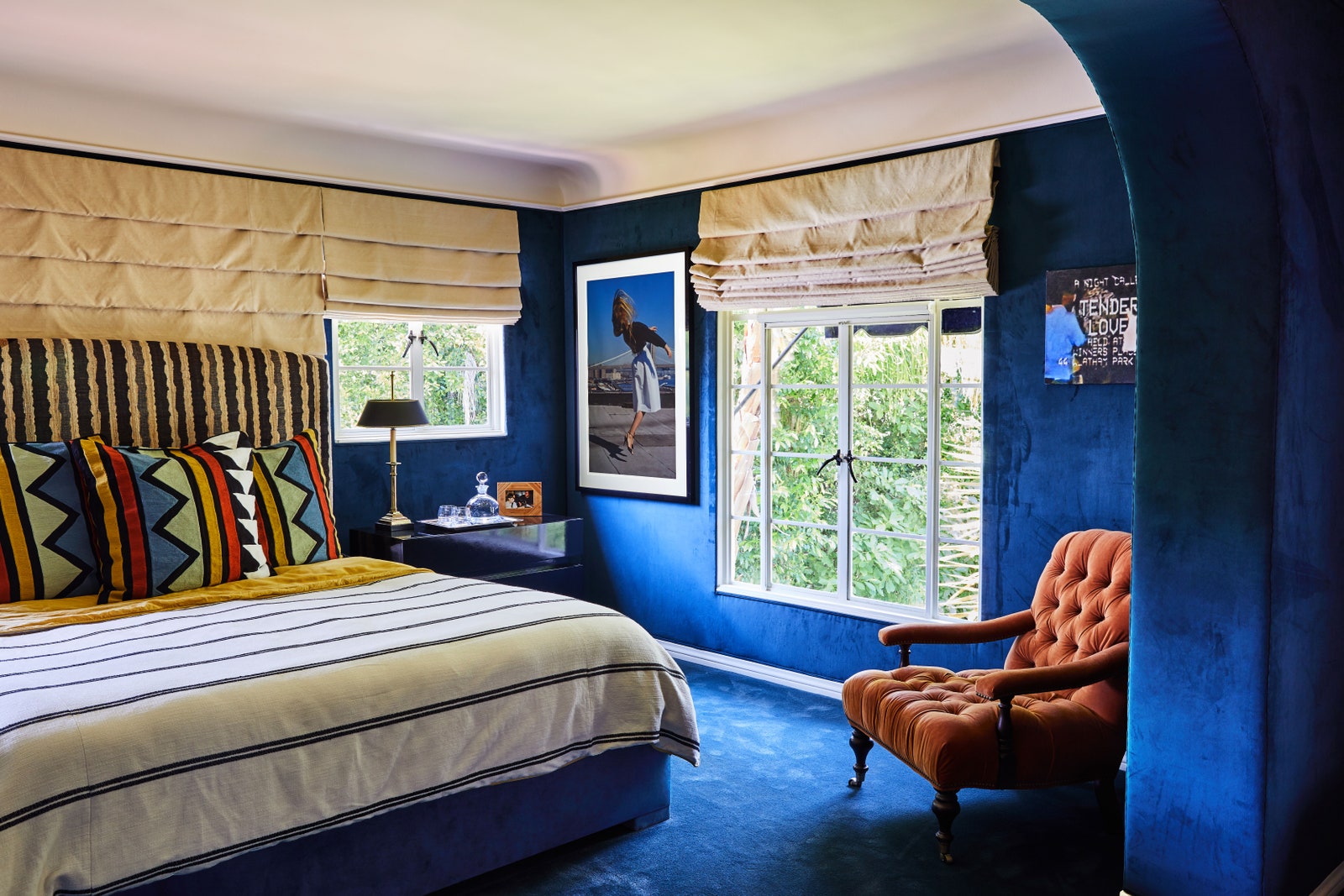 When speaking about the property, Ronson says: “I had been spending so much time in L.A. working, going back and forth between London and L.A., it was just time to bite the bullet.” When he designed this home he gathered lots of books on vintage design, looked at various design sites through Instagram. His friend of 30 years, interior designer Mandolyne Theodoracopulos helped translate his design ideas into the pieces and textiles that would be used for the property. 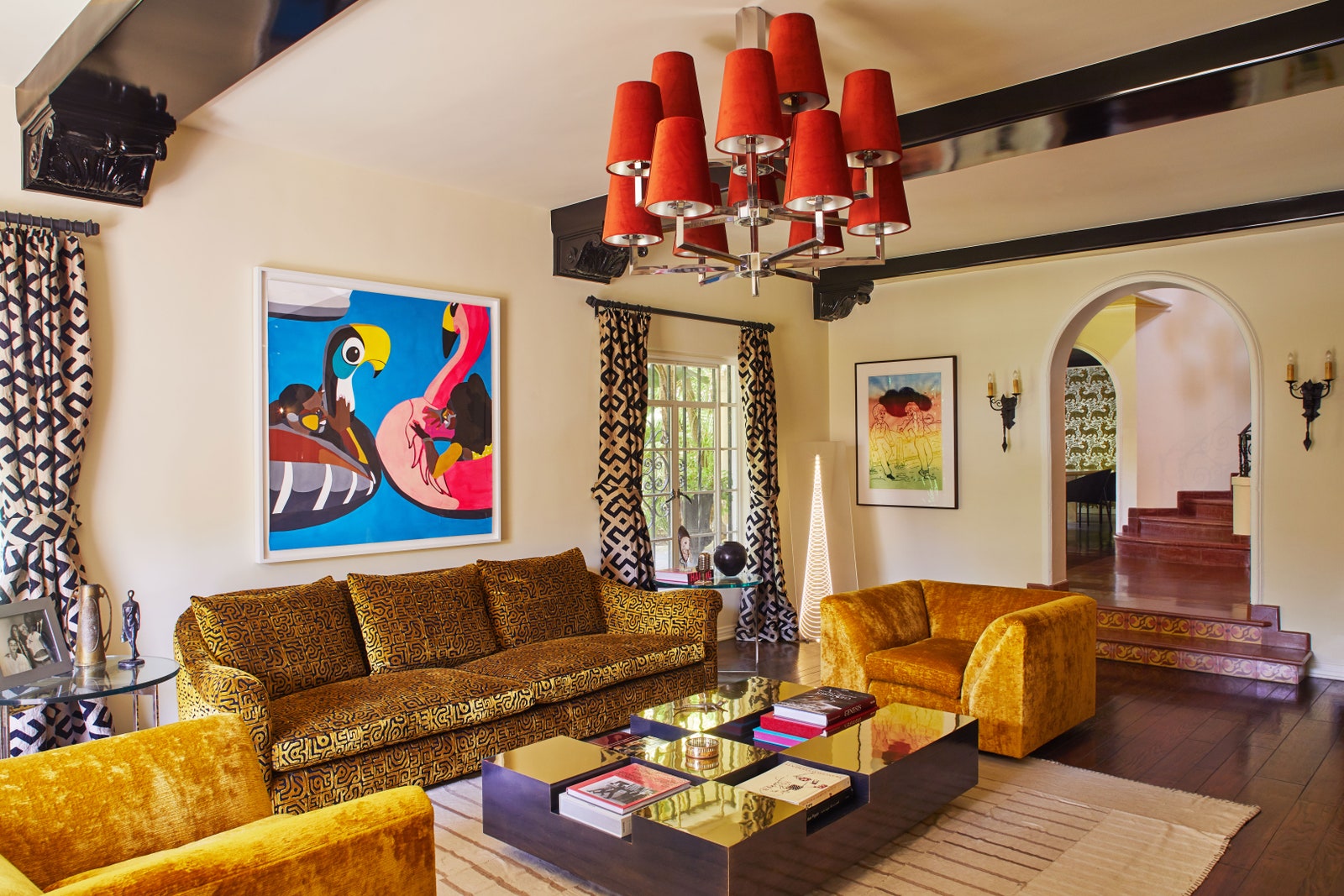 There are two chairs on either side of the sofa which are known as recovered loveseats, they were originally in the lobby of San Remo. The chandelier is from Harrods in London. 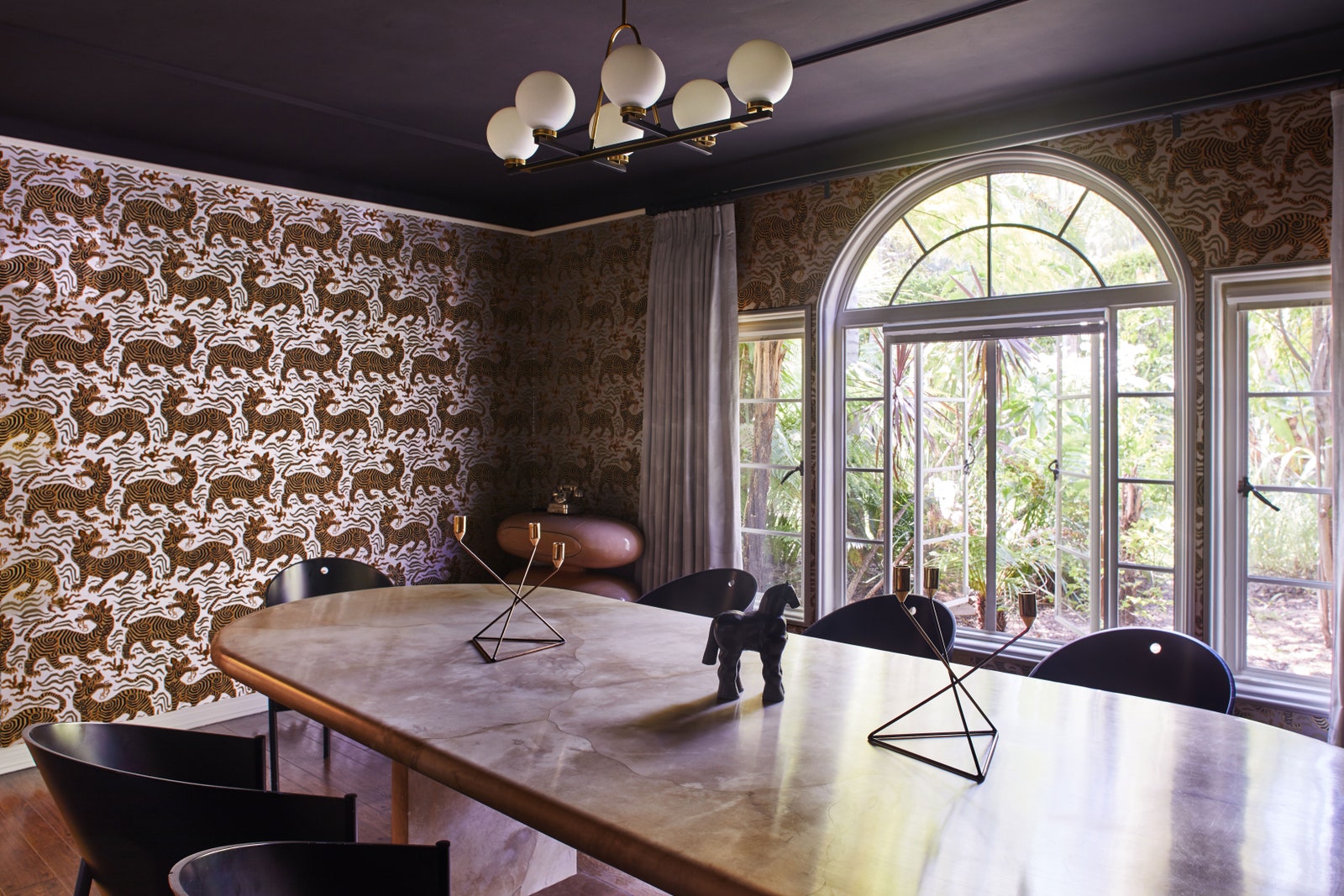 The formal dining room is rarely used according to Mark. The table is a Karl Springer design with the chairs being a subtle addition.

Ronson says: “I remember just walking in and feeling just how spacious and airy it is.” There are Carrara marble tops and Viking appliances. 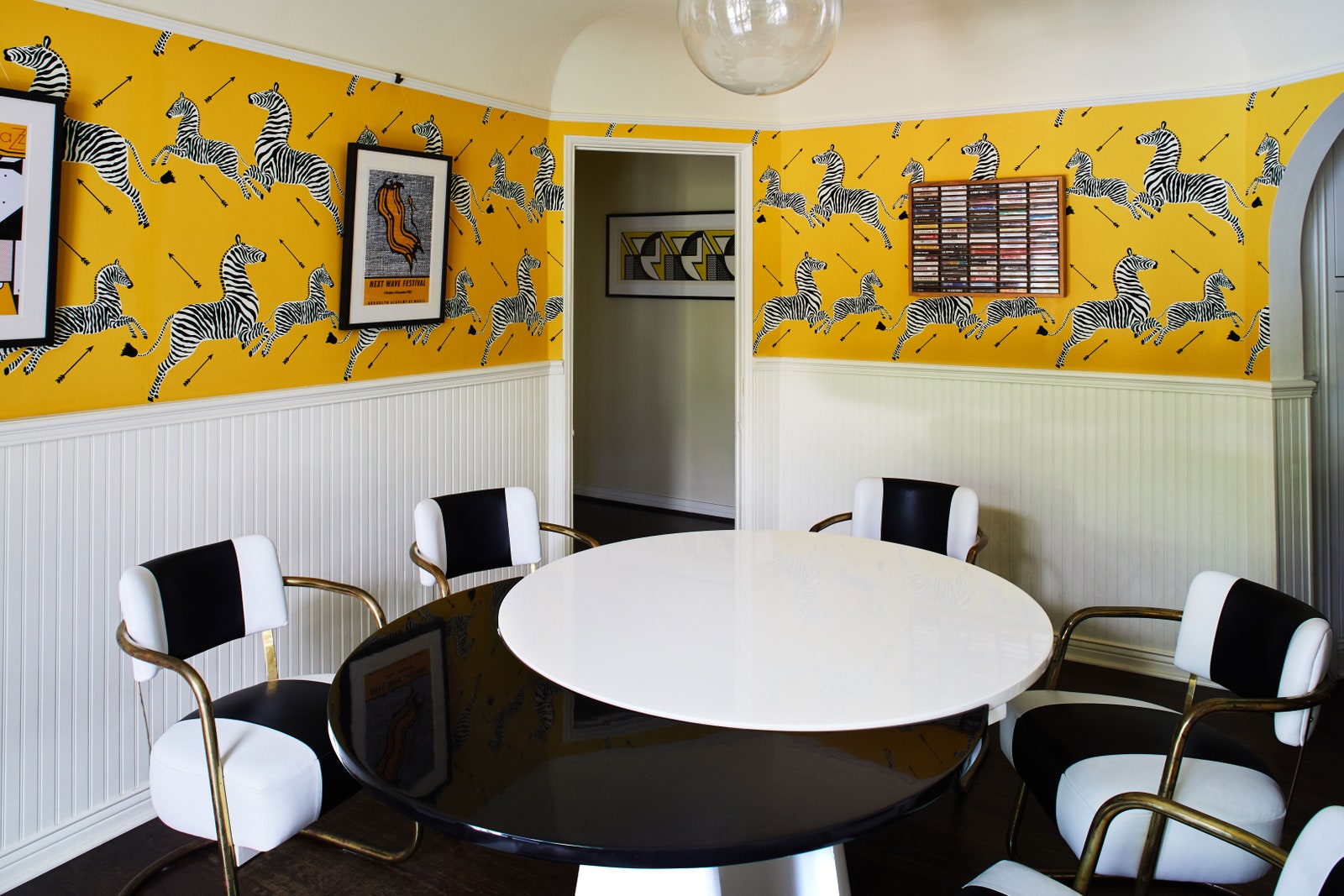 The breakfast room has a zebra wallpaper by Scalamandre and the chairs have a similar theme and design to the kitchen chairs. 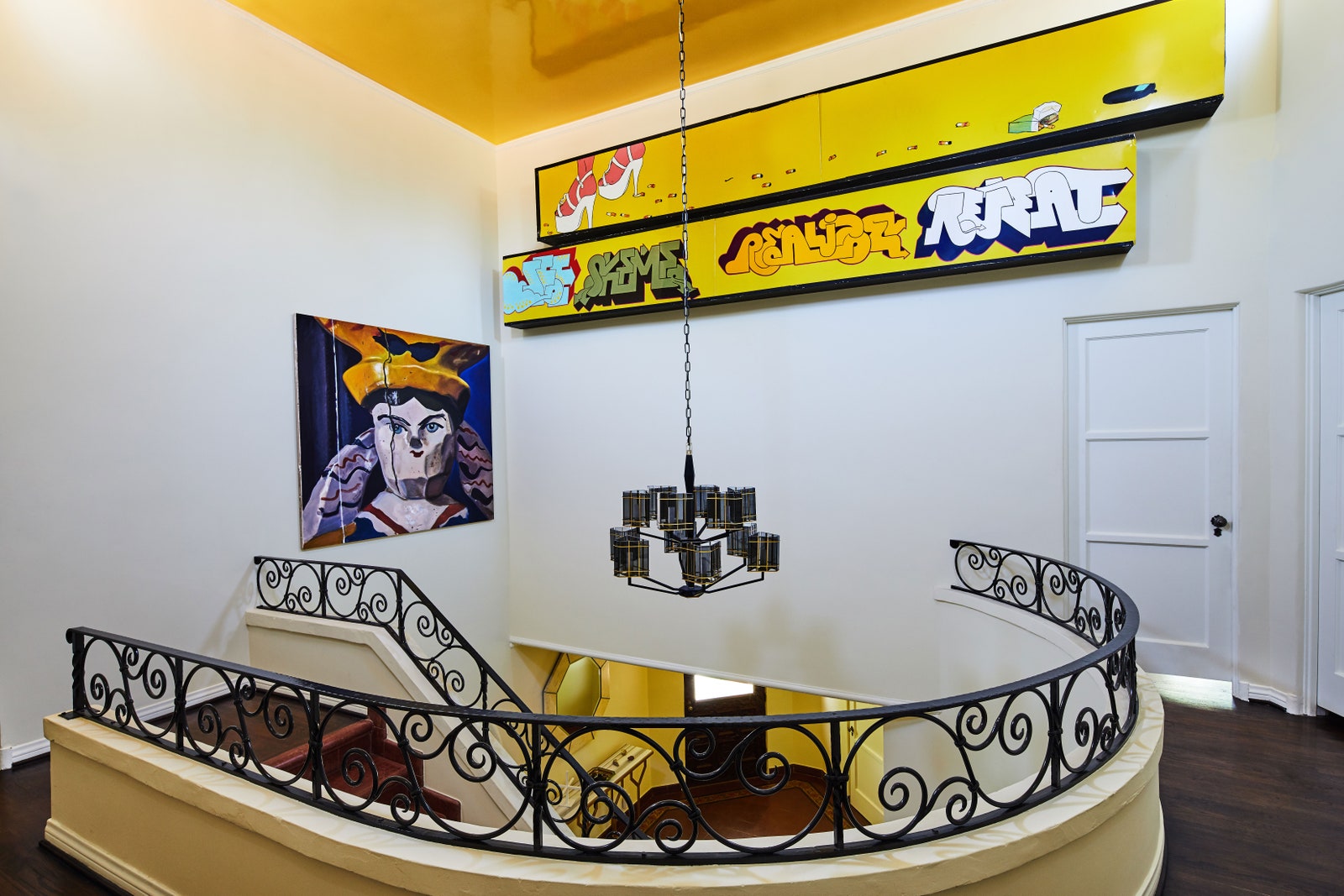 The foyer has a curved staircase and that staircase leads up to a landing with entrances to two bedrooms and a hidden staircase to the kitchen. The two graffiti works are from the Street Market installation by artists Barry McGee, Todd James, and Stephen Powers. Showing at Dietch Projects in 2000, the artists worked to present an apocalyptic version of an urban street. 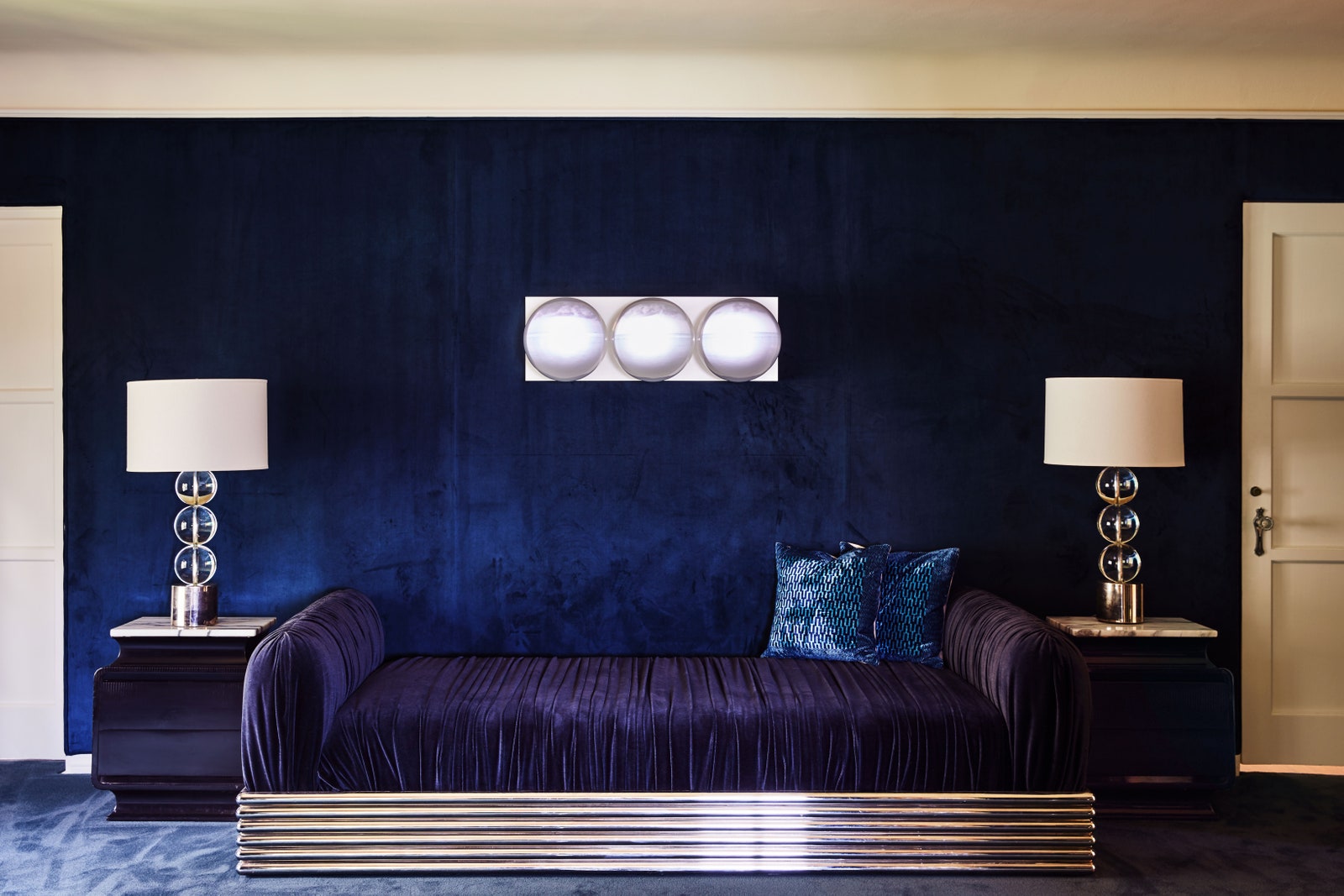 The master bedroom is like a sapphire blue jewel box. It has Suede walls and Ronson saw a picture that looked similar to Valentino’s study in the 70’s so he wanted to go for that style. 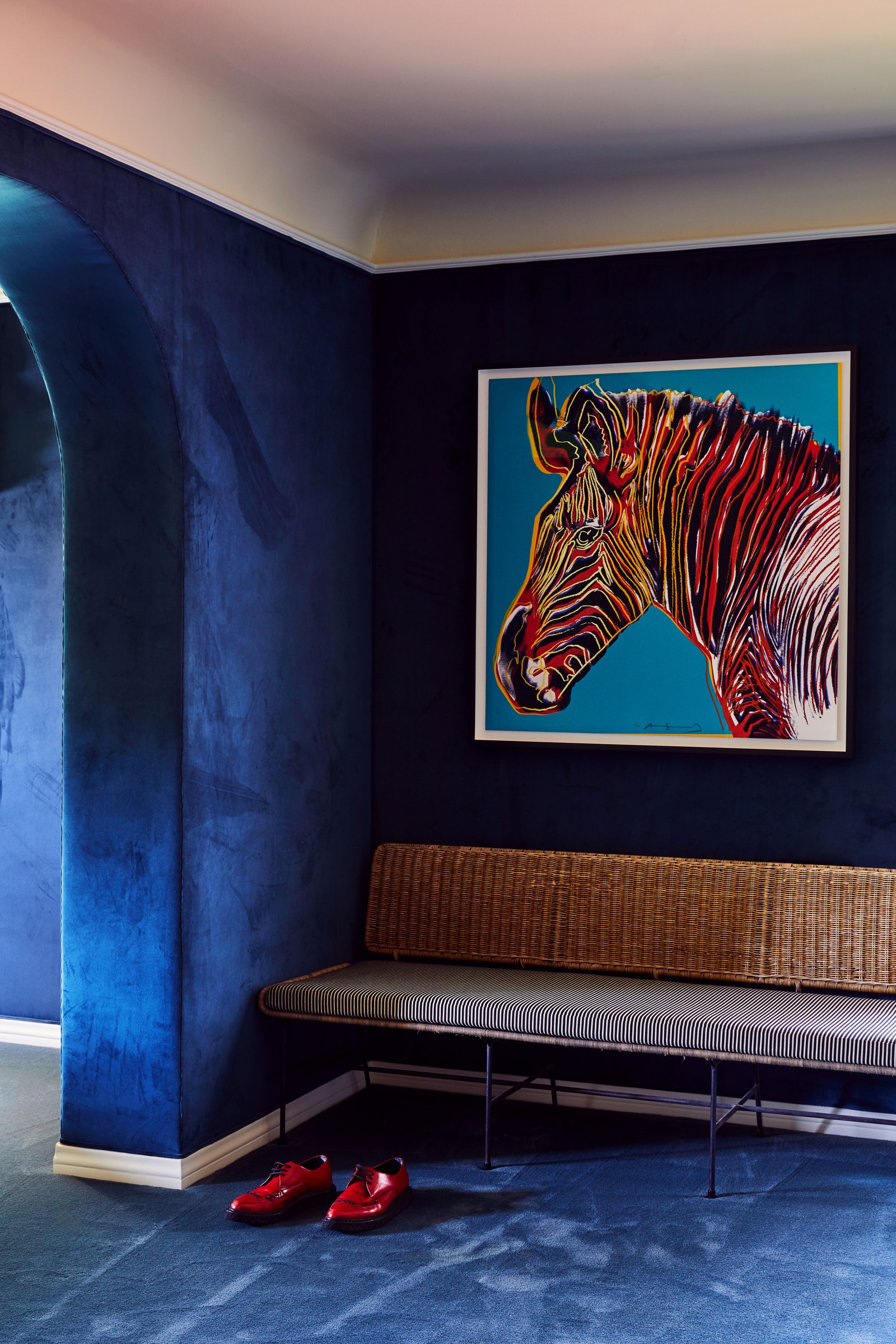 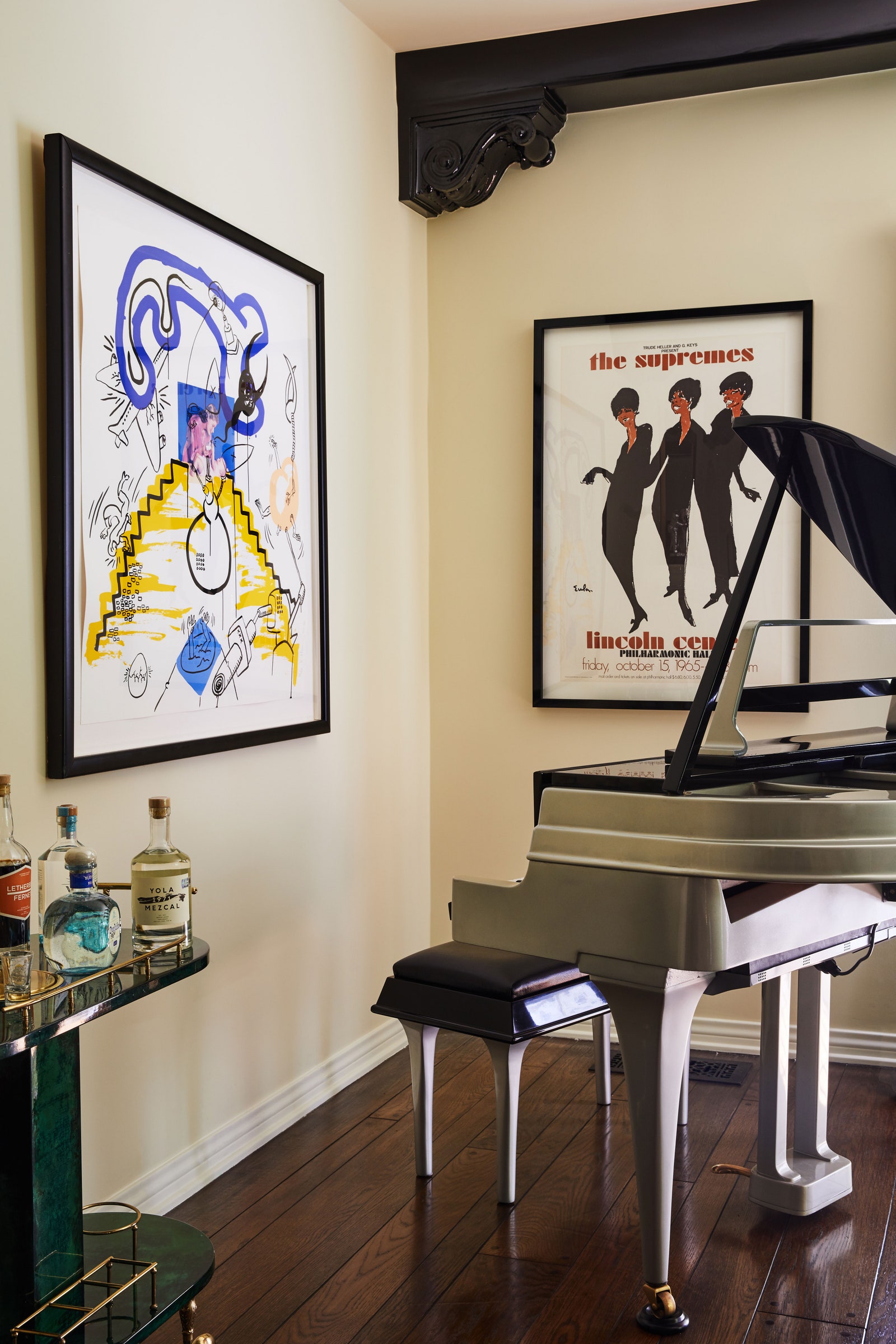 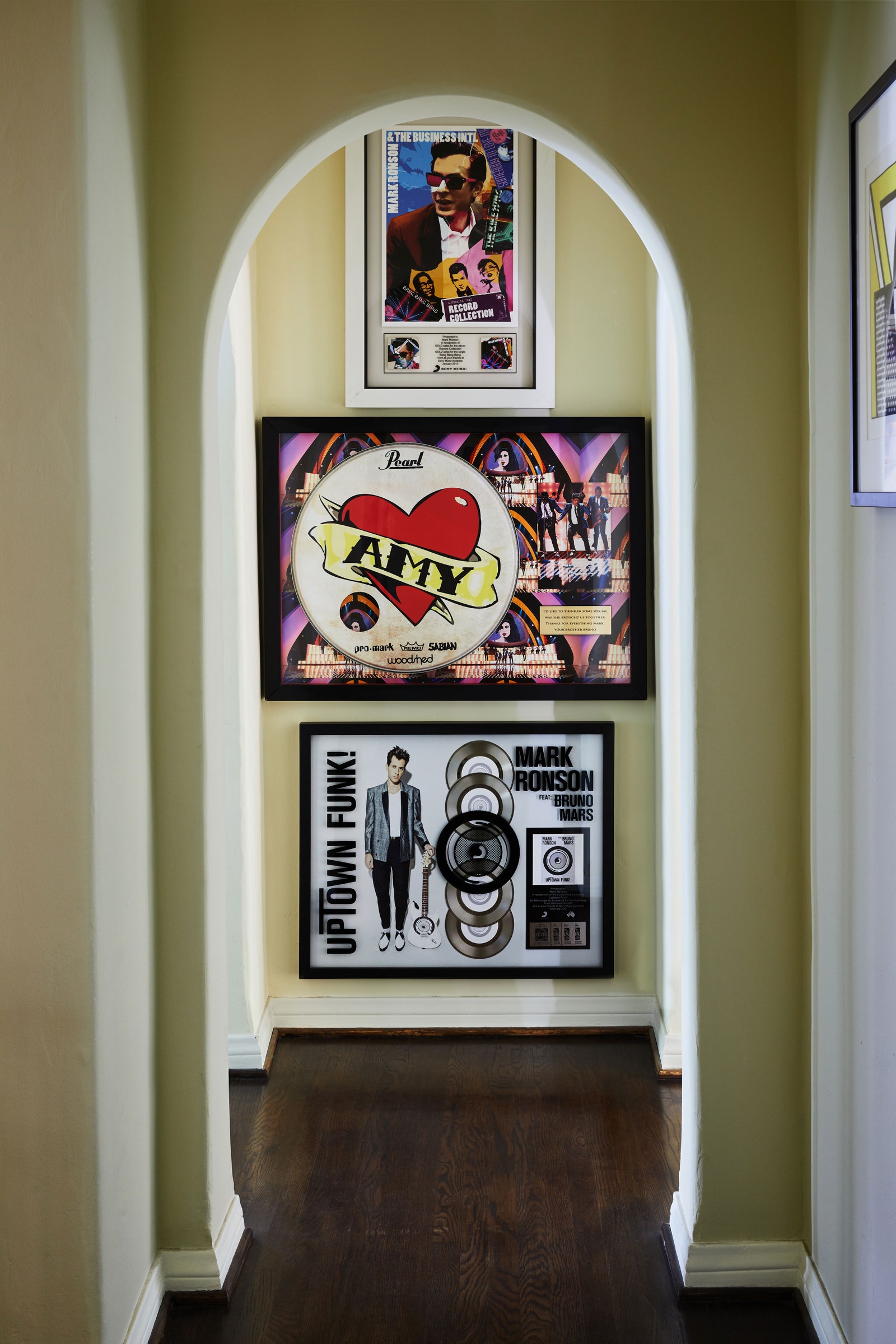 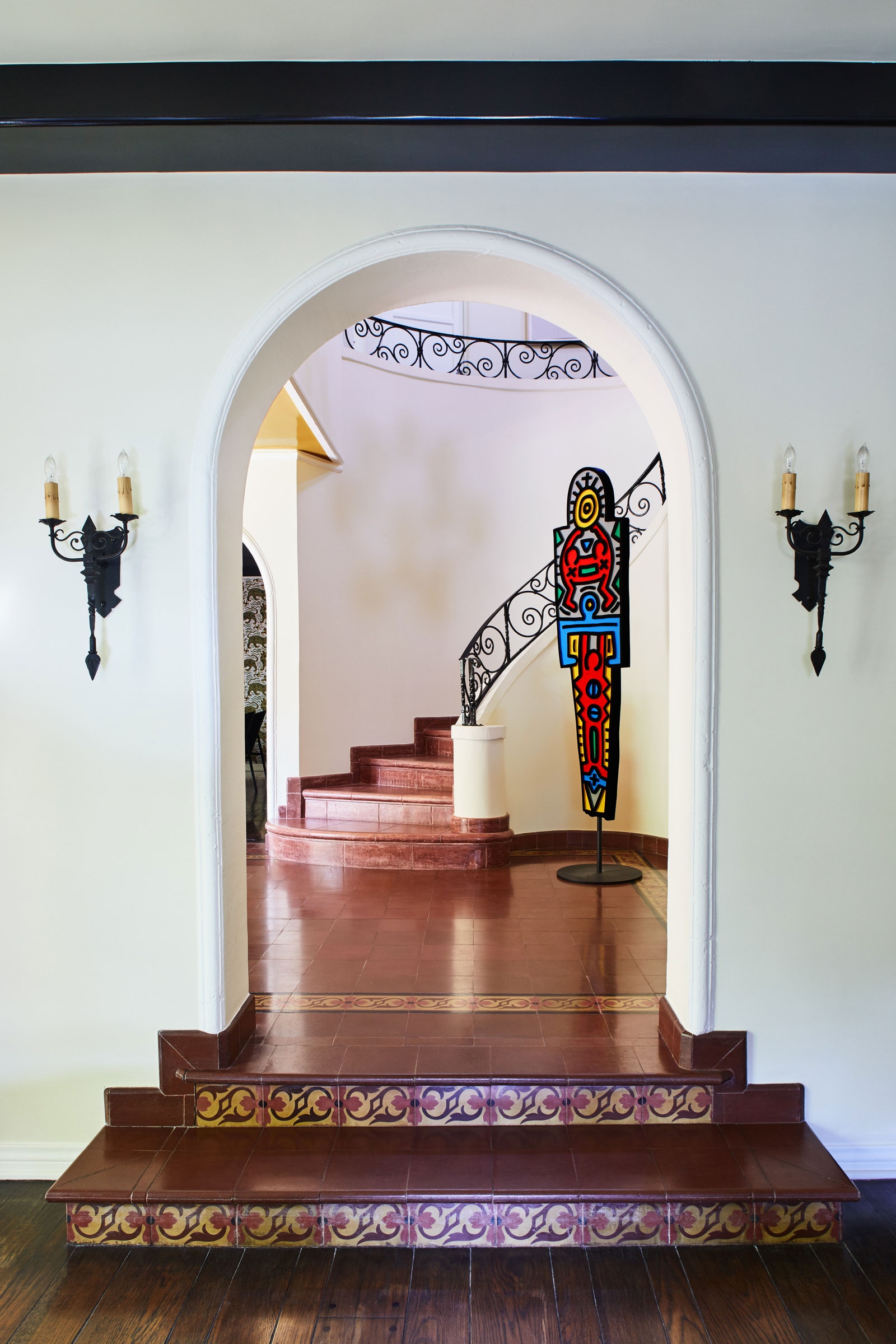 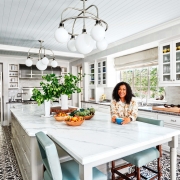 Celebrities with the best designed homes 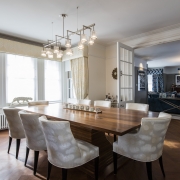 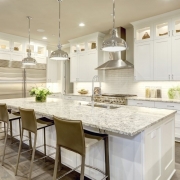 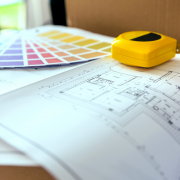 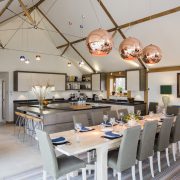 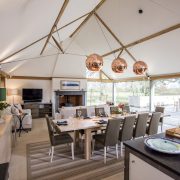 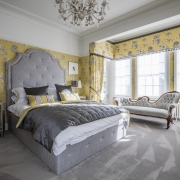 Brighten up a room with a splash of colour 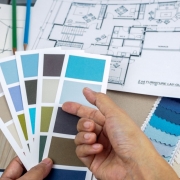 A quarter of a century for NJ Architects
Scroll to top