We are very lucky in Suffolk to have hundreds of works of public art in our towns and villages. Here Shaun Soanes discusses the loved, loathed, ignored and celebrated and calls for support for Suffolk artists who add value to the built environment with their sculpture.

According to the Recording Archive for Public Sculpture – a catalogue of public artworks – there are a staggering 679 pieces of work in Suffolk.

They range from those which stay all-too-briefly – such as Antony Gormley’s figure on the Martello Tower at Aldeburgh – to permanent ones which have been part of our physical landscape for years.

Some of those which have made their mark include The Major, Paul Richardson’s fly-swatting sculpture on the top of the public toilet block in Ipswich and Maggi Hambling’s Scallop on the beach in Aldeburgh.

In the case of the latter, the award-winning monument was commissioned as a tribute to composer Benjamin Britten.

We embrace art as part and parcel of the built environment but really they are intrinsically linked.

Turner Prize-winning artist Grayson Perry once said: “Some, if not most of my moving aesthetic experiences have been in buildings.”

Likewise, as an architect, I have drawn inspiration from art.

Despite the fundamental functions that architecture must perform, being masterful with your use of space, harmony and proportion is what pushes a building beyond its practical purpose.

After all, truly great architecture should stimulate our emotions as much as any Picasso painting or Mozart opera.

Often sculptures are used to help us identify the use of a specific location.

The farm animals stand guard at the entrance to the home of the Suffolk Show and the showground has been its home since 1960.

Other statues remind people of a person from the past or of a time before.

Miles Robinson’s statue of Carl Giles’ Grandma in Ipswich for example, is a faithful representation of a well-known character by one artist in tribute by another.

The site on the pavement at the corner of Princes and Queens Streets, in Ipswich, was chosen because cartoonist Giles, who died in 1995, worked in an office nearby drawing his famous cartoons for the Daily and Sunday Express.

In Bury a statue of St Edmund, who reigned as king of East Anglia in the 9th century, stands at the moment of his death, peppered with arrows.

And then there is Snooks who overlooks the boating pond at Aldeburgh – a two feet tall sculpture of a little dog and a memorial to a much-loved councillor and GP Dr Robin Acheson who owned a dog of the same name.

Here at Nicholas Jacob Architects we are currently supporting a bid by a Suffolk artist to raise enough money to finish a hugely significant sculpture to remember suffragist Sophia Goulden and her suffragette daughter Emmeline Pankhurst.

Sadly for Suffolk the end result is destined for the Isle of Man where the work’s sculptor Sean Hedges-Quinn said it “would be a real landmark”.

Sean worked in the film industry as a model and prop-maker and worked for films such V for Vendetta and Phantom of the Opera before moving into sculpture.

He has been commissioned to produce statues for several notable footballers including Sir Bobby Robson and Sir Alf Ramsey, which are both at Portman Road Football Ground, Ipswich, also Ted Bates, Bob Stokoe, and Nat Lofthouse.

In 2010 his statue of Dad’s Army’s Captain Mainwaring was unveiled in Thetford, Norfolk.

His latest piece of work celebrates Mrs Goulden who fought a campaign that in 1881 meant Tynwald became the first national parliament to give some women the right to vote in a general election. 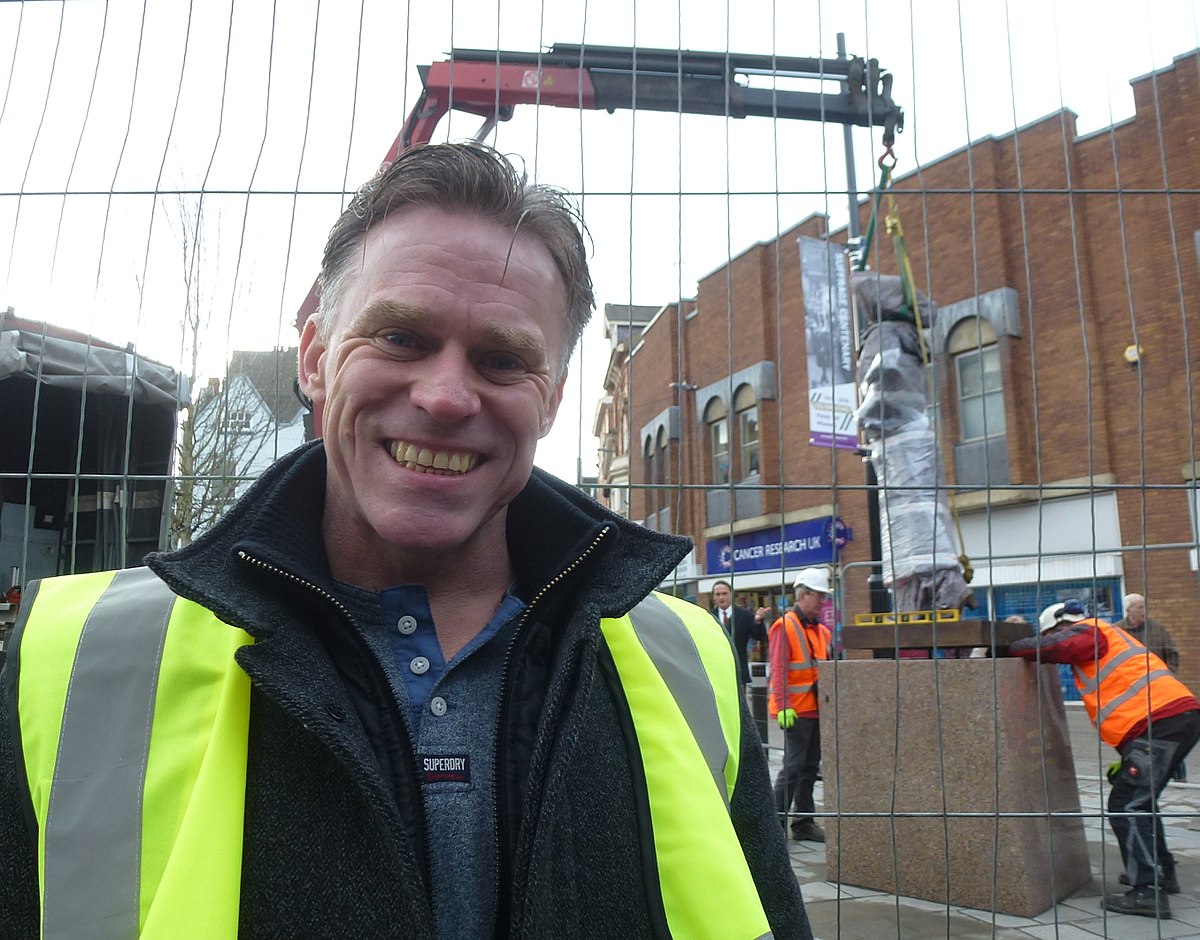 Inspired by her mother, Mrs Pankhurst went on to lead the suffragette movement which helped win women the right to vote in the UK.

To donate to Friends of Sophia Goulden go to their JustGiving Page. 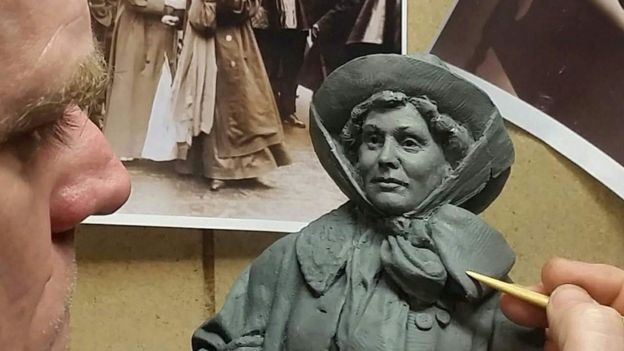