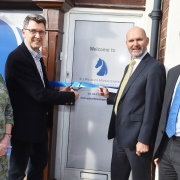 ‘Merchant House’ in the town’s Silent Street is, as the name suggests, a 16th century timber framed medieval merchant’s house – however, the building was originally situated elsewhere in the town. 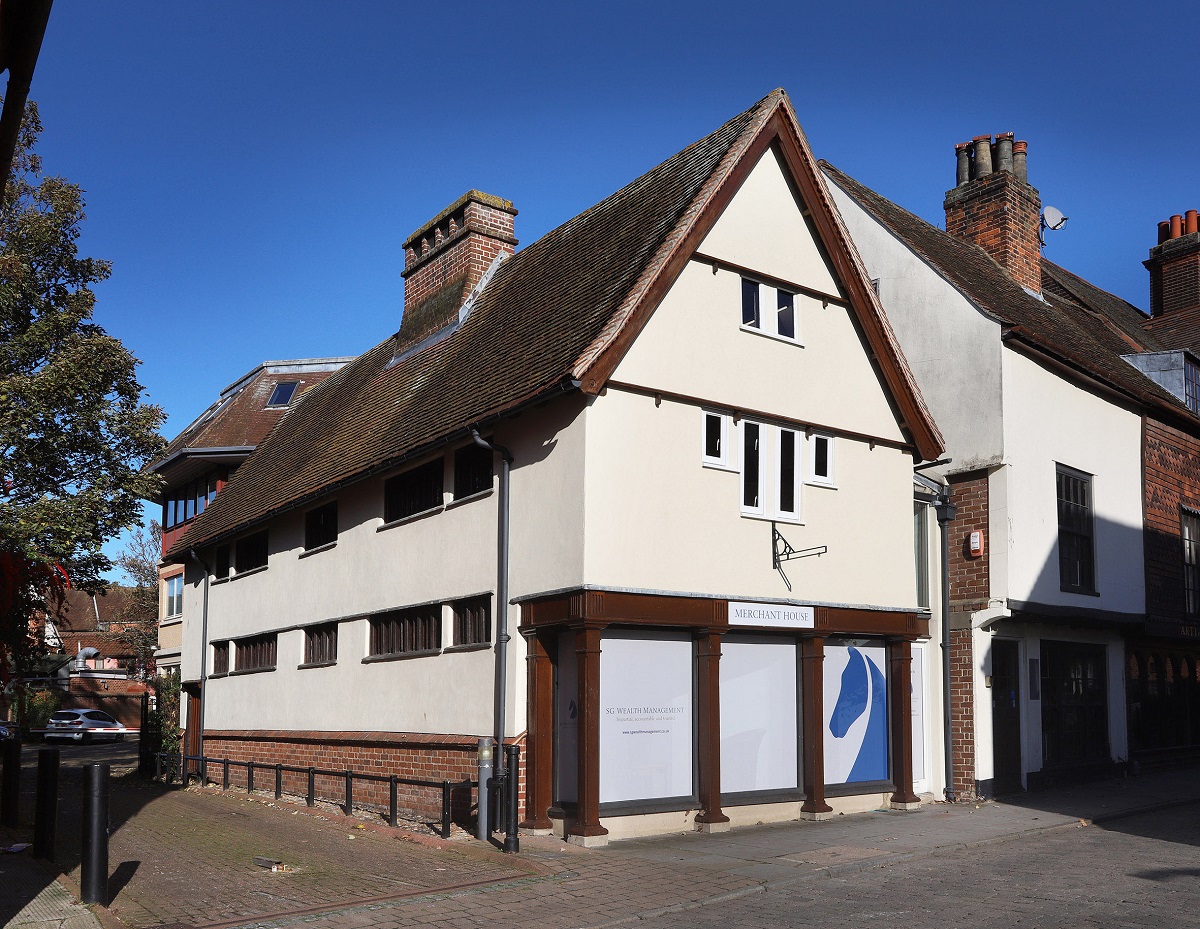 Some years ago, the Ipswich Building Preservation Trust (IBPT) fully dismantled and stored it until contractor Jackson Projects, who were building a new office block on Silent Street, undertook the task of carefully repairing, restoring and re-erecting Merchant House in Silent Street – where it has been used as a commercial office ever since.

It was therefore fitting to invite our NJA founder and Chairman of the Ipswich Building Preservation Trust (IBPT), Nicholas Jacob, to preside over an official ‘ribbon-cutting’ to mark the opening of SGWM’s move to Merchant House. 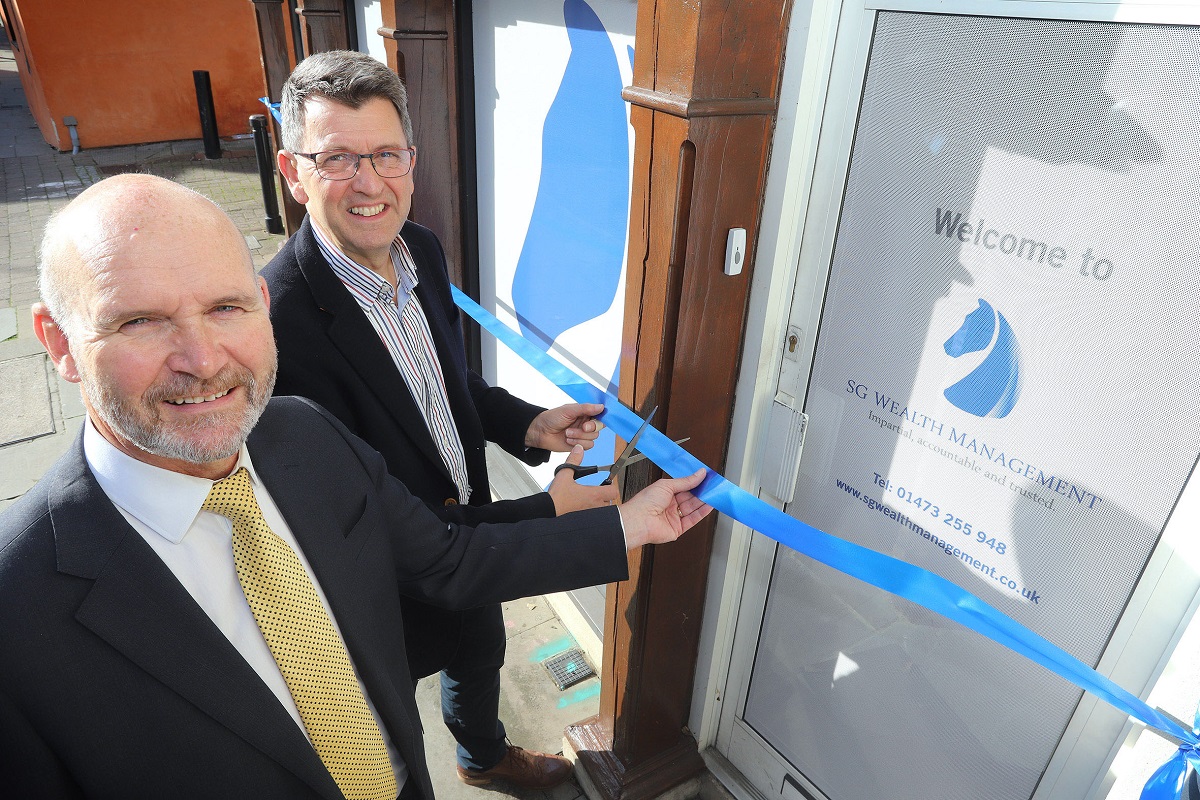 Commenting on the occasion, Nick said “Bringing about the restoration of this 16th century merchant’s house was a real success story for the Ipswich Building Preservation Trust and for Ipswich Heritage generally. We are delighted therefore to see that the building will continue to be put to good use as the new offices for SG Wealth Management. It is only by having a beneficial use that the future well-being of an important historic building such as Merchant House is properly secured.”

Stephen Girling, SGWM’s Managing Director, added “We are very pleased to have completed the move to our new Ipswich office. It is an exciting challenge to adapt such an old building to accommodate a 21st century business, but behind the beams we now have superfast broadband and 21st century technology, whilst keeping the building’s charm and still offering a good ‘old fashioned’ client service.  We’re very much looking forward to welcoming our clients and visitors to such a historic location!”

Founded in 2001, SG Wealth Management provide highly professional financial planning and investment advice to individual and corporate clients throughout East Anglia. The company has recently been ranked one of the UK’s ‘Top 100 Advisers’ for a sixth time by financial publisher Citywire and is one of the very few firms in the region with Chartered status – the coveted gold standard for Independent Financial Advisers.  SGWM employ 37 staff across their Ipswich and Norwich offices.

It is a return to an older style building for SGWM, who acquired Stan Gaskin Ltd in 2011 and who at that time were based in an office in historic Soane Street, opposite Christchurch mansion complete with cellar and attic.

SGWM’s new offices can be found at: 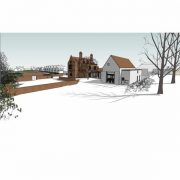 How to convert your loft