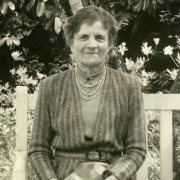 Studies show there has only been incremental improvement in racial diversity and the representation of women in architecture in the last few years. Here, just weeks after the sector celebrated International Women in Architecture Day – also known as #EthelDay – Shaun Soanes explains why we need to push for more.

This is the picture – 95% of British architects are white and 80% are male.

Let’s face it, as a profession we need to be doing a lot more to address this.

This month a new campaign has been launched with the aim of encouraging diversity in the profession.

It focuses on a new film due to premiere at the Royal College of Art (RCA) this month called Celebrating Architecture which will be accompanied by architecture workshops for around 80 pupils from communities under-represented in the profession.

Among those featured on the film is 30-year-old Mark Warren who, at the age of 16, said he struggled to spell “architecture”, let alone consider entering the profession one day.

Now he’s an architect at a leading London practice.

Warren’s mother, originally from the Philippines, worked “day and night in a range of menial jobs” to make ends meet, so joining a profession such as architecture was not on Warren’s radar.

“No one in my family had been to university and, at the time, the thought of seven years’ studying without earning a penny was terrifying,” he said.

He was inspired by Neil Pinder at Graveney school, south-west London and it is Pinder – along with Venetia Wolfenden of the education and architecture consultancy Urban Learners – who made the film with funding from the Greater London Authority and the Architecture Foundation.

“The industry is beginning to recognise the need for diversity in the built environment and hopefully this film will bring the message to a wider audience,” Wolfenden said.

Ethnic minorities are not the only group under-represented in our industry.

After all, women have only had access to positions where they could engage in the shape and evolution of cities for the last 100 years.

Ethel Charles, the first female architect in Britain was registered with the RIBA in 1898 and women have only had the vote for 90 years.

This means that architects, engineers, planners, developers, politicians – women with a direct role in the shaping of the environment – have only been “in action” for one generation.

In short, 50% of human creative intelligence has been – and to a certain extent remains – stifled.

The Royal Institute of British Architects agrees the profession needs to change.

Lucy Carmichael, RIBA director of practice said: “Architecture should be a rewarding career for talented people regardless of any aspect of their identity, but we have some way to go before the UK architecture profession, or construction industry, properly reflects the diversity of society at large.”

She added that the organisation is “supporting women’s progression in architecture through nationwide mentoring resources and have initiatives in place to reduce the gender pay gap”.

Our industry is perceived as a predominantly white ‘old boys’ club’ which is largely unwilling to recognise it has a problem.

But the data speaks volumes and I hope, will provoke the profession to act.

After all, the built environment can only thrive with representation from all those who are charged with creating the spaces and places we all share. 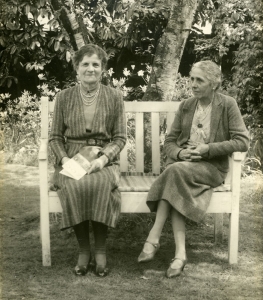 Architects need to drop the jargon