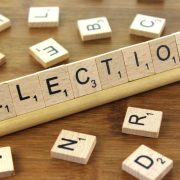 We are in the middle of post-election chaos. But as Teresa May attempts to get her plan for government in order, Shaun Soanes looks at what the election result means for creative industries.

Voters turned out in force on June 8th and instead of being left with the promised “strong and stable” government, the political situation has been plunged into uncertainty and a weakened prime minister has been spending her time trying to shore up her position.

It seems that the Tories now intend to form a government with the support of Northern Ireland’s Democratic Unionist Party.

There has been mixed reaction from the UK’s architects following the election result. Many see the result as an opportunity to negotiate a better trade deal with the EU. Others are concerned about the political uncertainty it will bring and whether this will have a disruptive effect on the economy – and the construction industry in particular.

It’s vital that any government realises that investment in both infrastructure and housing should still be top of their list. After all, we are still in the grips of a construction skills gap and the housing crisis rages on.

It is a basic responsibility of the government to ensure everyone has a safe place to sleep. But consecutive governments have failed to build enough houses and provide enough social housing and as a result, the UK is in the grip of a worsening housing crisis.

During her campaign, Theresa May promised to “fix the broken housing market” by building “a new generation of social housing”. She mooted a plan to offer funds, loans and new powers to councils and housing associations to help them build a new generation of social housing for renters. She also pledged to give the new tenants the option to buy the property after 10 to 15 years.

Labour and the Lib Dems had proposed to scrap the right to buy scheme altogether, claiming that since the reign of Margaret Thatcher, it had led to increases in rent, house price inflation and widened the gulf between those who own their home and those who never will.

The key Conservative pledges relating to housing in the manifesto were:

EU officials have cast doubt on the June 19 start date for negotiations, and do not expect substantial discussions to begin until the government is more secure. We have no idea how long that will take. But some say the loss of seats for the Conservative party will significantly impact its ability to negotiate the “hard Brexit” it previously threatened – and argue this is not such a bad thing. After all, if the UK government imposes stricter immigration controls after Brexit, it could spell disaster for the creative industry.

A new study published by the Creative Industries Federation claims that limiting the number of workers entering the UK will cause a huge skills shortage for what it describes as “the fastest growing part of the British economy”.

The country’s architecture and design sector employs more than 1.5 million people – more than six per cent of which are non-EU workers. That’s 900,000 people.

The architecture and design communities need to lobby for their interests which include:

We will be watching with interest to see what happens next.

Joining the campaign to save the Electric Palace

We have moved to a new home!
Scroll to top