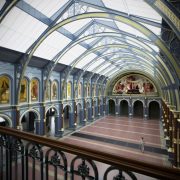 The Victoria and Albert Museum occupies a significant site in South Kensington and has done so since 1856.  It has long been known for one of the most significant collections of decorative arts in the world and exemplifiies British Design and Craftmanship through these collections but also in the architecture of its buildings.  These buildings have undergone a consistent programme of changes, through addition and alteration.  The significance of these changes has been accurately documented in the Conservation Management Plan.

Nicholas Jacob Architects were commissioned to undertake studies of the North East Quarter in order for the development plan to progress with a level of certainty and the knowledge of the fabric condition.  This historic fabric is hidden from public view, only visable by looking within cavities and behind partitions or within ceiling voids.  Having spent more than a week crawling in the roof spaces and within wall cavities, NJA were able to piece together hidden knowledge of the complexity of the structure, even the colours used back in the 19th century.  Overlaying the current building plans onto historic documents, the hidden jigsaw of structure was slowly put together in the form of a CGI model which was developed in CAD software.

The cast iron columns and arches were painstakingly drawn and rendered, the glazed roof structure, some of which has been removed was drawn from surveys of other intact areas, and overlayed on the model.  Stairs and balustrades, which are all hidden within modern structure were surveyed and reproduced in drawn form, allowing the model to demonstrate the architectural beauty of the earliest part of the V&A.

Examples of the structure can be seen in the images below: 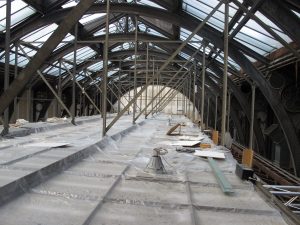 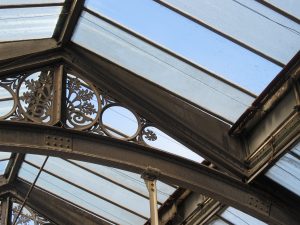 These images enabled our CGI draftsmen to put together the 3D model that can be seen pictured below, as well as our model maker, who constructed a scale model of the entire North East Quarter, with removable floor plates and colour coded plans, in line with the client’s development plans. 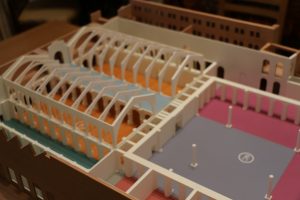 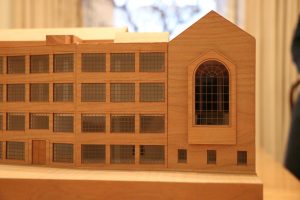 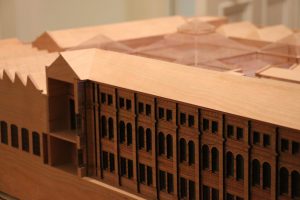 The hope is that the restoration of the North East Quarter happens in the near future, allowing the general public the opportunity to see the full beauty of this amazing structure.  In the meantime, we have captured the elegance of the structure, in our images, model and 3D walk through.

Planning permission – the good, the bad and the ugly. Part One.
Scroll to top