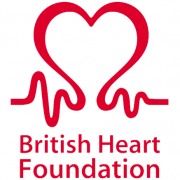 We’re thrilled to announce that our Associate, Shaun Soanes, has taken part in the legendary London to Brighton cycle ride, in aid of the British Heart Foundation.

The London to Brighton cycle ride is a tradition that has spanned four decades, and over the 41 years the event has run for, it’s estimated that 800,000 cyclists in total have taken part in the race.

For 2016, Shaun joined 14,000 other cyclists for the cycle on the 19th June and, by riding the course, he has become part of a famous piece of British history. He rode in a team of 6

So far, Shaun and his team have raised over £1000 for the British Heart Foundation, which is a cause very close to Shaun’s heart.

He comments, “I was delighted to take part in the London to Brighton cycle ride, it was a real challenge and test of my fitness, but it was worth every mile for such a hugely worthy cause.

“I’m thrilled to have cycled the course and it’s a great sense of achievement to join the ranks of so many other cyclists who have taken part over the years.

“The atmosphere was incredible and I am extremely proud to have been part of such an iconic event.

“I’ve already signed up to take part in next year’s bike ride too.”

To find out more about donations, visithttps://www.justgiving.com/fundraising/Shaun-Soanes2016

For more information about the London to Brighton cycle ride and its history, visit https://www.bhf.org.uk/get-involved/events/london-to-brighton-bike-ride/our-history