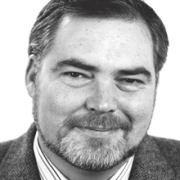 Here at Nicholas Jacob Architects, we are very proud of the individuals who make up our talented, diverse and dedicated team. In a series of blog posts we have set about introducing you to some of them and discovering more about their inspirations and aspirations.

Why did you want to become an architect?

I have no single reason for becoming an architect but I was fascinated by models as a child and created miniature towns and villages for my model railway. I have always had an interest in the built and natural environment and the sciences and humanities too and the outlet for all these interests turned out to be architecture.

It makes sense really. It’s a profession that needs one to understand buildings and their place in the world, the huge impact of construction on the natural environment, how and why structures and materials behave and interact. But it is also about providing for the needs of people.

What was the first project you worked on?

I worked on the conversion of a former pumping station in the Dedham Vale into a holiday home, a tiny building but a project that took its time and evolved and became a lovely and creative reuse of a redundant building. I think this is partly why I have a soft spot for small projects, the scale is such that they can become crafted objects that are joyous and, dare I say it, fun.

What are some of your favorite projects you’ve worked on over the years?

I have enjoyed the technical challenges of working on complex buildings such as Plymouth Life Centre and other leisure and education projects. But I think the projects that really stand out are those where I have been involved in designing a new house for private clients and they talk about a home at the end of the project and not just a house.

One young couple really stand out as they called into the office to tell me how much the building I had designed for them had given their growing family and to show me photographs of how they used the space. It was so it was beautiful to see something I had designed play a central role in their family life.

What buildings around the world most inspire you?

There are many buildings that have inspired me over the years, such Falling Water by Frank Lloyd Wright and the Barcelona Pavilion by Mies van der Rohe. But as I go through my life I am seeking out inspiration from the buildings that just quietly work, and the spaces they are part of.

This includes spaces such as tube stations, and how they are tied into networks of movement. Or I may just enter a house and realise it has become that most essential space for someone, their home. These types of buildings are not about architecture for its own sake but about how architecture and design can serve people as a mass or an individual so intimately.

What do you think is the best piece of architecture in Suffolk?

It has to be the Willis building in Ipswich by Sir Norman Foster – it’s such an important building in terms of how thinking about modern workplaces should be. It’s very much of the times that it was born from but was a true leader in many areas and pushed the materials technology of the time.

The now commonplace use of structural glazing owes much to this building and the transition from day to night is fantastic, where the tapestry of day time reflections dissolves to expose the workings of the building at dusk. It also is a building I love because it reminds me that even the most successful architects can make mistakes if they don’t pay attention to the users of the building. I refer to the choice of Sir Foster to have an interior colour scheme of green and yellow in a building located on one route from Ipswich town centre to Portman Road Stadium!

Are there any other architects whose work particularly inspires you?

Edwin Lutyens as an architect has always inspired me because his work was so often associated with the work of the great garden designer Gertrude Jekyll.

In my view a building has to have an intimate relationship with the landscape it sits in and the combination of these two great talents has produced some wonderful places.

I also love the rigor and precision of Ludwig Mies van der Rohe and the effort that he went to produce such seeming simplicity as found in the Farnsworth House, one of the iconic buildings of 20th century design.

You work on a variety of different types of projects from small scale private/residential to multi-million pound redevelopments. What kind of projects excite you the most and why?

This is the easiest question to answer. Any project where I can turn my skills to make other people’s lives better is why I love my career in architecture. These could be large or small but there is something rewarding about seeing something that started as a sketch on my desk become a building that fulfils a need or simply puts a smile on someone’s face.

Planning permission – the good, the bad and the ugly. Part Two.

Things to do in Suffolk during Spring
Scroll to top